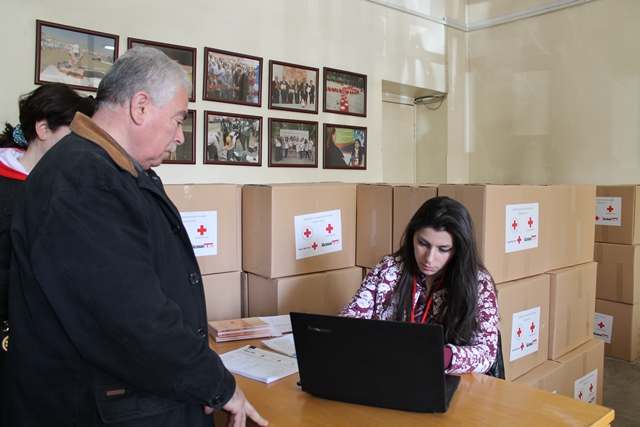 Armenian Red Cross Society, by the financial support of Austrian and Swiss Red Cross Societies and Austrian “Neighbor in need” foundation implemented “Winterization support for Syrian refugees in Armenia” project, from December 2015 to May 2016.

200 Syrian Armenian families were involved in the Project, 830 people in general.

The main objective of the “Winterization support for Syrian refugees in Armenia” project was to contribute to enhanced livelihood conditions of Syrian Armenians in Armenia.

Within the framework of the Project 200 Syrian-Armenian families were be provided with: