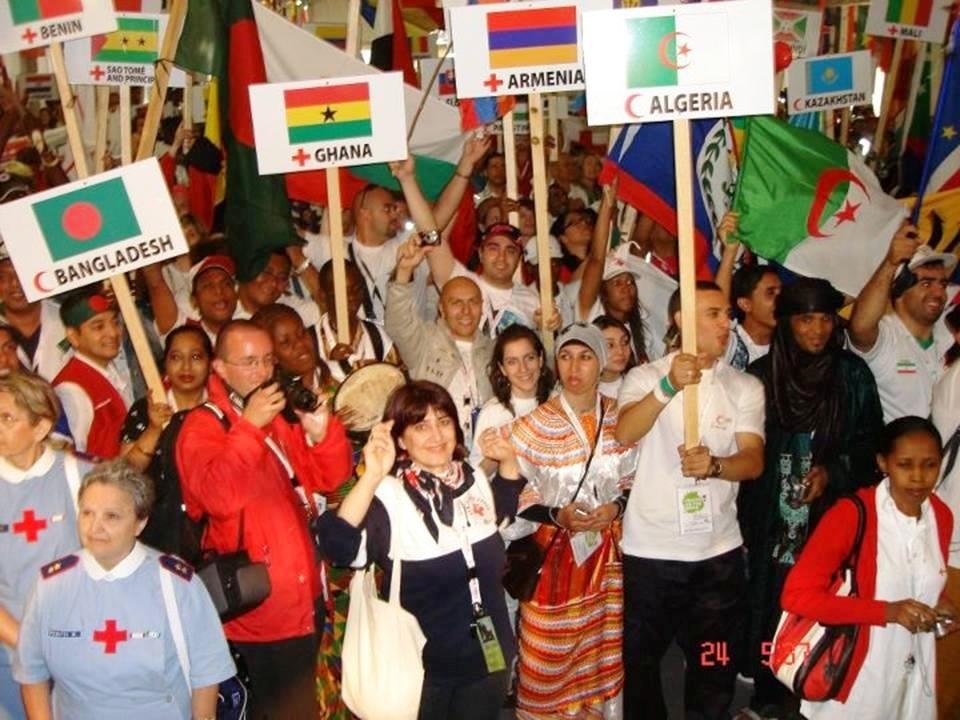 Armenian Red Cross Society (ARCS) is continuously in cooperation with all components of Red Cross and Red Crescent International Movement, as well as Governments, international and local organizations.

Within the framework of the international cooperation, since 2008 the Youth Department of ARCS has been implementing an exchange program of young volunteers and has hosted volunteers from Britain, who have actively been involved in the activities of ARCS by organizing different kinds of events. At the same time, volunteers of the Youth Department of ARCS have promoted activities in social programs of the British Red Cross in different cities and towns of Great Britain.

It has been more than 10 years since the cooperation of the Youth Department of Armenian Red Cross Society with German Red Cross Youth Department started. Together they have organized short-term exchange programs within the framework of which every year volunteers of both National Societies visit either Germany or Armenia.

These short-term exchange programs have already become traditional and they aim at exchanging experience between NSs. International Volunteers from both National Societies take part in events, visit sightseeings and get to know each other’s cultures.

Having one of the most active youth departments in the region, ARCS has its representatives involved in RC/RC international networks, where they bring out issues concerning health challanges and young people living both in the region and in Europe.

Along with the above mentioned activities, volunteers participate in various international meetings, conferences and trainings as well as are invited to different kinds of events as trainers or facilitators.