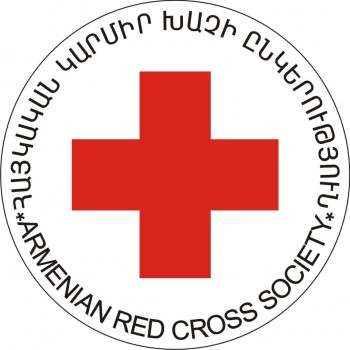 In 2010 ARCS together with Peace Corps volunteers implemented “Border 2 Border” project which was a marathon walk combined with sessions about healthy lifestyle in remote communities of RA. The aim of the project was promoting awareness about children’s health, as well as emphasizing the importance of nutrition, exercising as well as the advantages of avoiding tobacco and alcohol.

The 17-day walking marathon started on the 3rd of July. Peace Corps volunteers divided into two teams of six and started walking towards each other, one team walking from the northern Armenian-Georgian border and the other the southern Armenian-Iranian border. For 17 days, each team walked over 275 kilometers and finally met in Yeghegnadzor, where on the 20th of June the final closing event was held.

Along the walk, the volunteers distributed thousands of informational materials on children’s health, focusing on nutrition, exercise, and the avoidance of tobacco and alcohol. Peace Corps and ARCS volunteers partnered with local community members and NGO representatives in 11 communities along the walk to teach one-day interactive seminars for nearly 450 children. The team also distributed pamphlets on the activities of humanitarian organizations in Armenia (such as the Red Cross and the Peace Corps). At its core, Border to Border is about using the marathon walk as a symbol of overall health and its importance for all people.