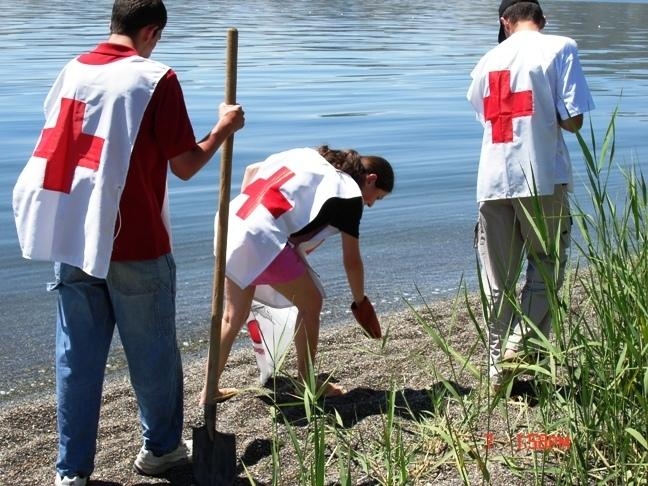 One of the ecological problems of Armenia is the Sevan lake cleanness maintenance. This is an issue of high public interest and concerns everyone and the youth play a big role in this regard.

Young volunteers of Armenian Red Cross Society, considering it as their duty, have realized “Clean Sevan” project for about six years (2000 -2006), with the support of German RC , USAID and UMCOR . The main goals of the project were cleaning the shores of Sevan and to call public attention to ecological problems of the lake.

More than 600 youth volunteers from the Regions of RA, Germany, USA, Philippines, Syria, Spain and Russia, Norway participated in the camps, organized in the framework of the project. Along with cleaning the shores and various workshops, eco-sessions, expeditions to historical monuments were conducted.
As a result, for about 70 km of inshore area was cleaned and more than thousand copies of info materials about the Sevan issues were spread among people living in the nearby villages and the tourists.