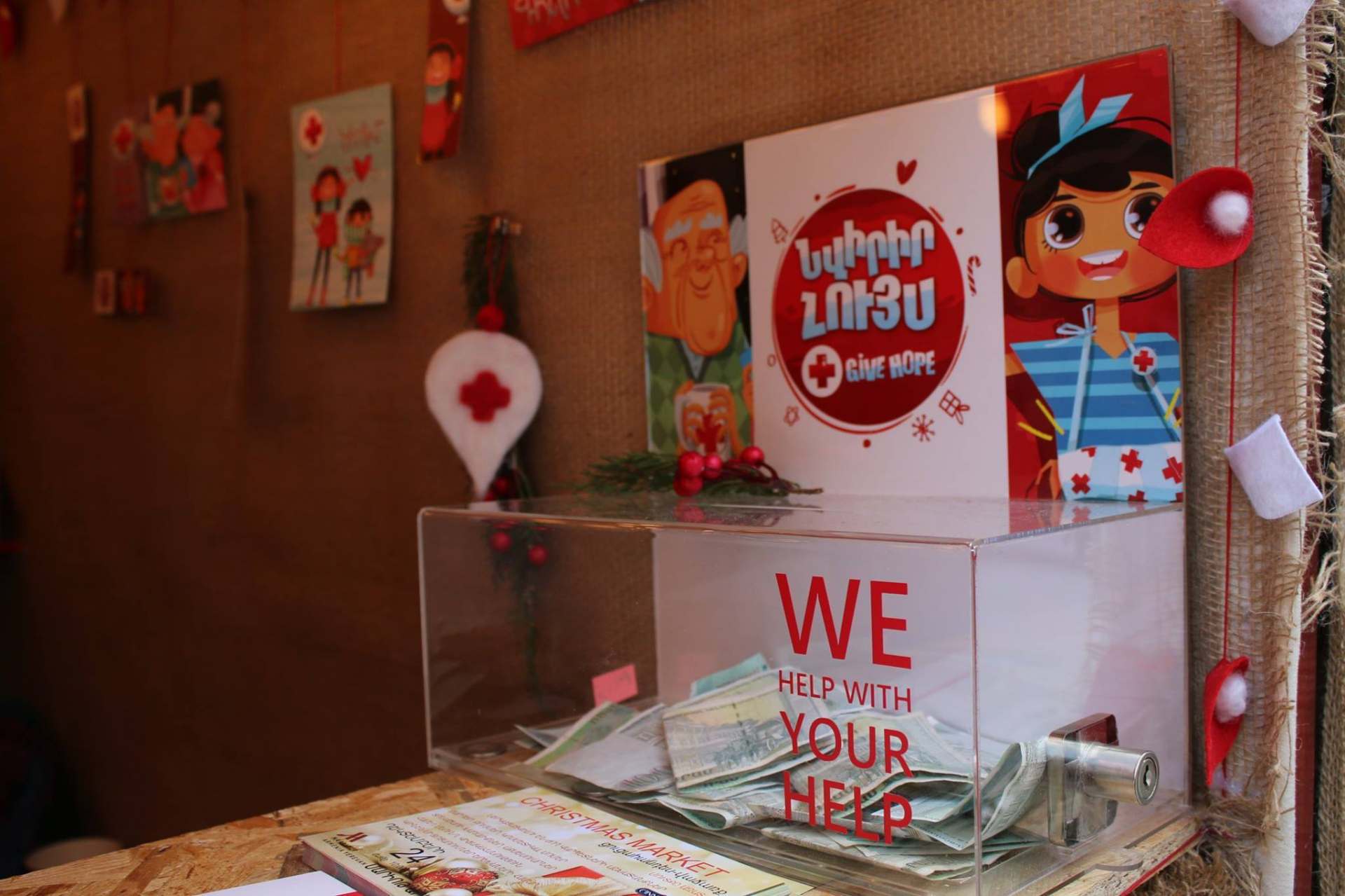 In December 2017, we launched the “Give Hope” fundraising campaign. In the scope of the campaign, we had established a “Hope Shop” in the Christmas market at Northern avenue, Yerevan. Over 50 volunteers supported the implementation of the campaign.

During the campaign, people bought postcards and “gave” hope to three main directions;

3)   Love and care for children living in dormitories

Besides the “Hope Shop” in Northern Avenue, volunteers took part in various Christmas fairs and exhibitions.

The following hashtags were used to promote the campaign on social media; #IsupportArmRedCross #ԱջակցումեմՀայկականԿարմիրԽաչին #GiveHopewithArmRedCross

Corporate sector greatly supported the campaign: together with PicsArt Armenia and Joomag Armenia companies, we launched the #ITforHumanity initiative where IT companies unite to support humanitarian programs.

AGBU Scout team and the writer Grig also joined us to promote the campaign.

We summarized the campaign in January 2018. A total amount of 1 736 650 AMD was raised throughout the campaign.

120 lonely elderly people living in dormitories in Yerevan, Hrazdan and Abovyan cities will be provided with food parcels for February and March

We will conduct trainings and simulation exercises in first aid, safe behavior and mine awareness for 150 schoolchildren and teachers from Berqaber, Vazashen and Baghanis villages in Tavush region in March and April

We will organize excursions and educational events for 70 children living in dormitories in Yerevan, Hrazdan and Abovyan cities in April and May

More updates about the implementation of the programs will be shared in our upcoming reports.