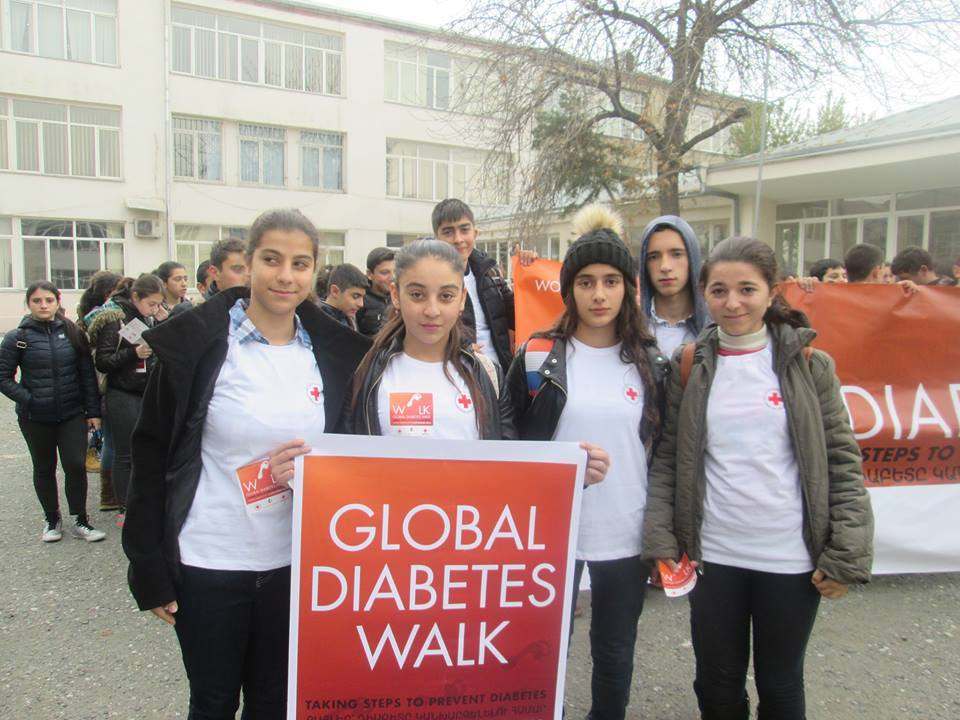 This is the reason Armenian Red Cross Society in the partnership with Danish Red Cross and by funding of World Diabetes Foundation implemented the project Diabetes Prevention & Self-care Education for Vulnerable.

Target area of the project was Ararat region of Republic of Armenia, including rural and urban areas.

Beneficiaries of the project were people with diabetes, family members of people living with diabetes, general population in the targeted communities including youth and people-at-risk of diabetes.

Goal of the project was the improvement of diabetes prevention and care in Ararat region, Armenia.

The main directions of the project were prevention of the complication in diabetes patients through creating a supportive environment and awareness raising on healthy lifestyle among general population.