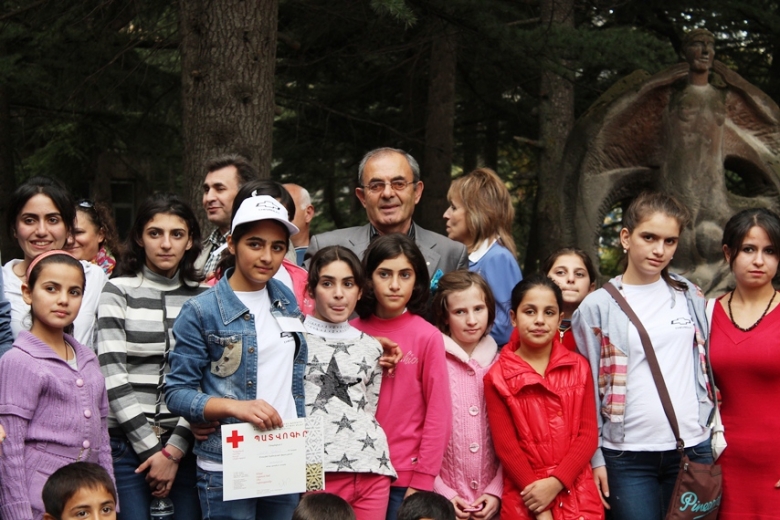 These teams were formed by ARCS First Aid Training Center, as a result of “First Aid Basics” course, which were conducted from July to September 2014. The aim of these courses was to develop First Aid knowledge and skills of people from more vulnerable borderline Tavush region.

To examine First Aid skills of the participants 4 stations were organized, where different cases were presented. Foreign body, heavy bleeding, shock, head injury, faint, closed abdominal trauma and fracture. Referees were ARCS FA instructors. The teams, which were mainly formed from teenagers, approached the work with great responsibility and enthusiasm and did their best to show the knowledge and skills gained from the course. Even drizzle didn’t interfere in their warm talking with ''the victims suffering from pain'', or ''in shock'', applying a bandage and trying to stop the bleeding.

As a result of the hot struggle, the team from Ijevan became the winner. “Sos children’s village” pupils’ excitement had no borders, because the winning team will participate in the FA National Competition.

The event was organized within the frames of ARCS and ICRC cooperation. 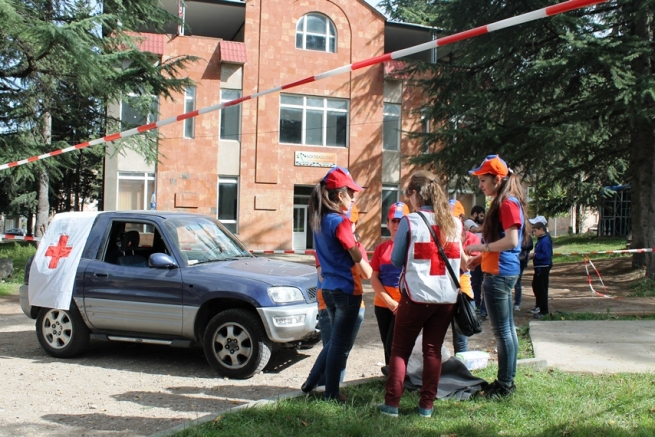 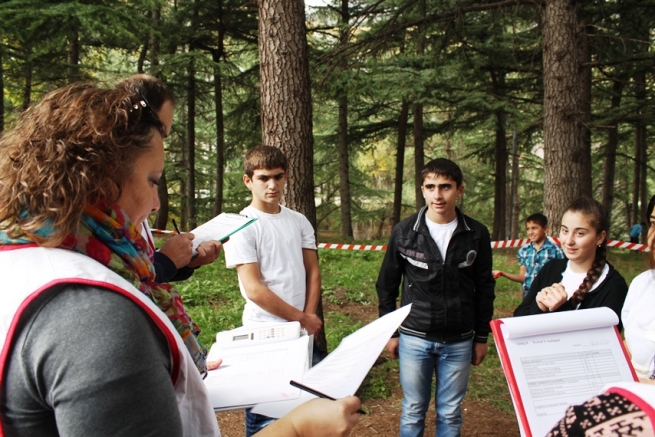 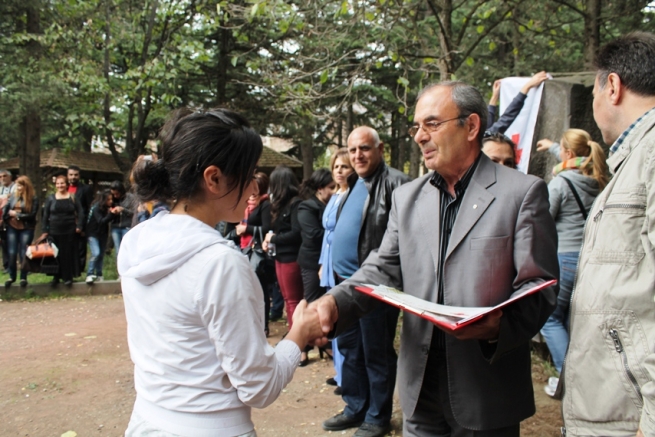 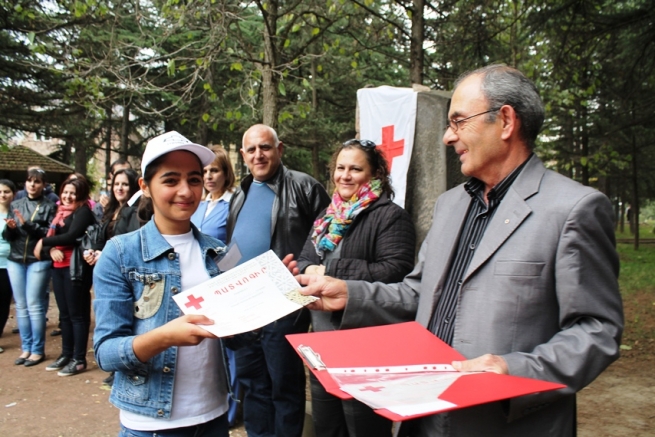 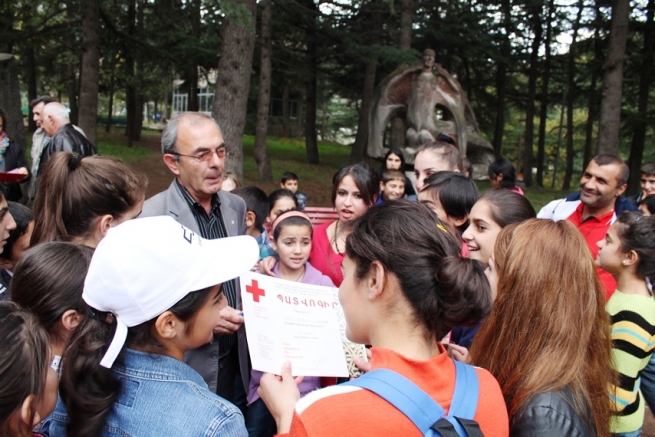 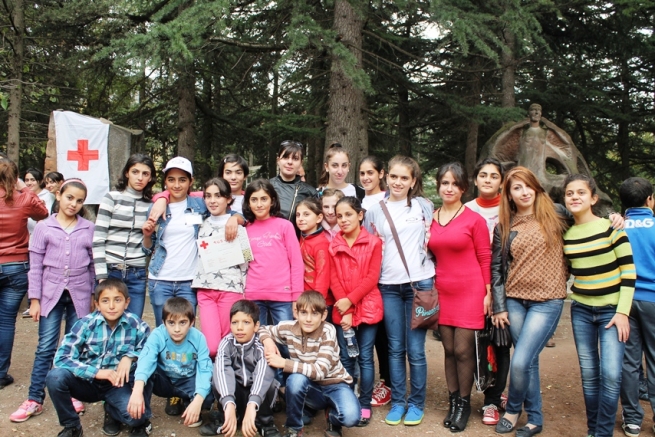 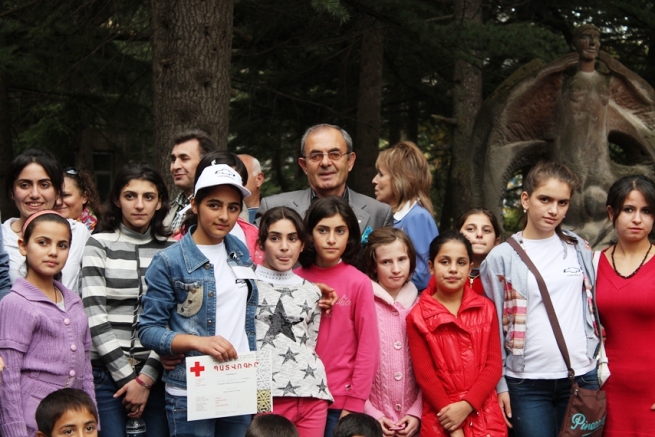