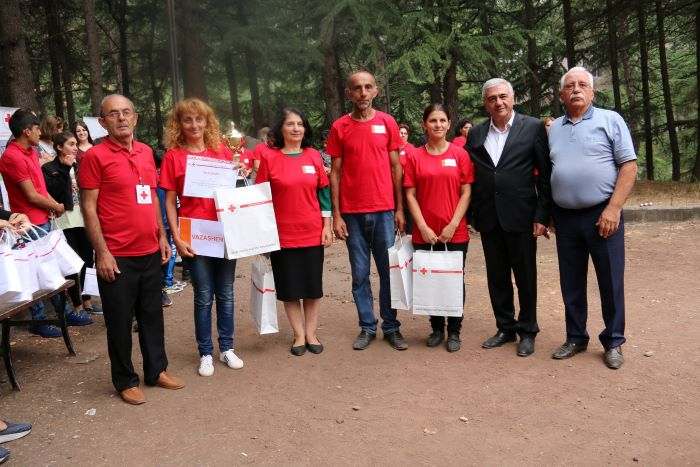 An explosion, accident, as a result there are blood-bleeding, a fragment in the wound, need of heart and lung rehabilitation, respiratory blockage, bite of snake, breast stroke: how to provide proper First aid in all those cases?

On August 30, 2019, volunteer teams from eight bordering communities of Tavush region demonstrated their skills of first aid in Ijevan during regional competition. The activities of all teams were examined and assessed at every station by the Armenian Red Cross Society instructors, who had previously conducted training sessions for people living in Barekamavan, Dovegh, Vaghanis, Voskepar, Sevqar, Berqaber, Nerkin Tsaghkavan, Vazashen communities.

The trainings and regional competitions are aimed at gaining theoretical knowledge and using them in practical manner. The project is implemented by partnership with the “International Committee of Red Cross”. The main goal is to teach local population first aid knowledge and skills, forming a group of trained people ready to provide first aid, carry injured people to hospital in cases of necessity, as the ambulance service in bordering villages is often hardly available.

During the competition, the roles of all injured people with fractures, incisions and shell shocks were devotedly played for 3 hours by ARCS volunteers.

The winner of the competition became Vazashen team, the second place took the team from Dovegh, and the third place –  Barekamavan.

The participants and volunteers received gifts, the Best Firs-Aiders and Best Leaders were also awarded. 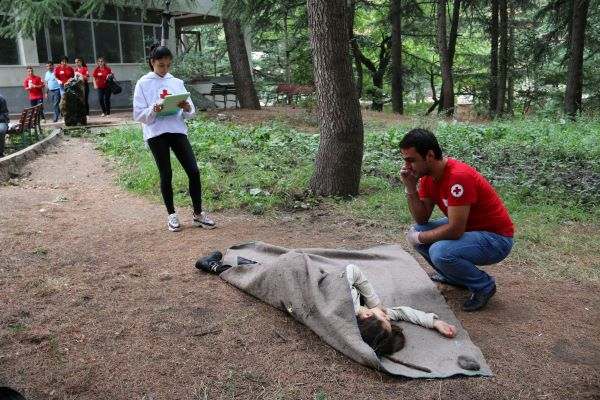 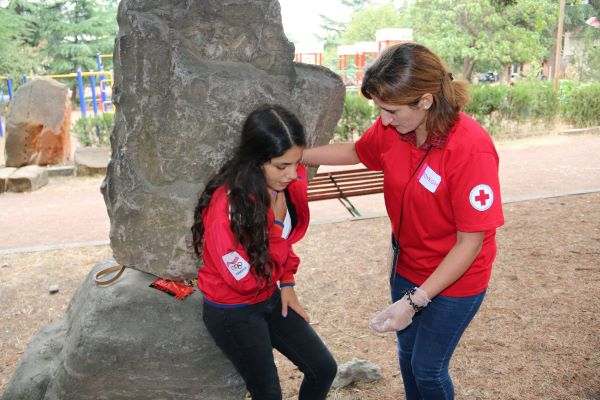 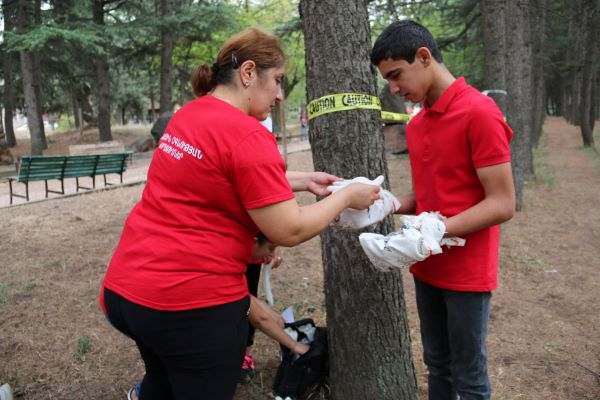 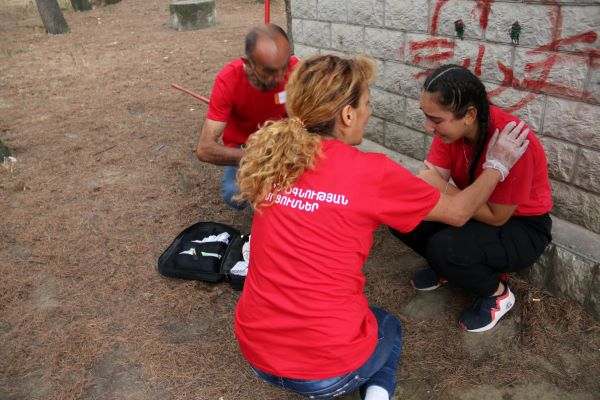 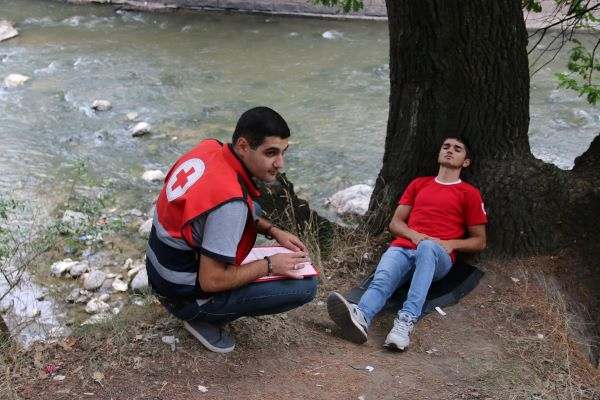 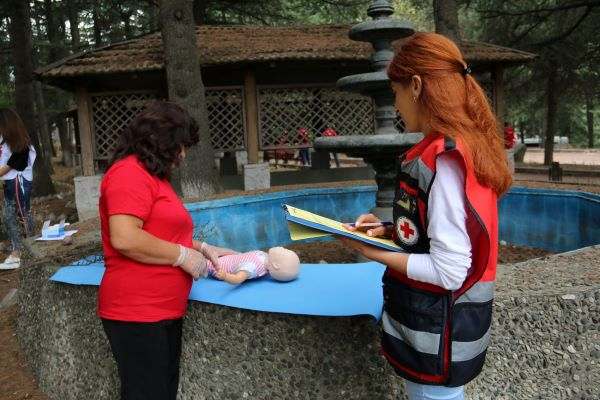 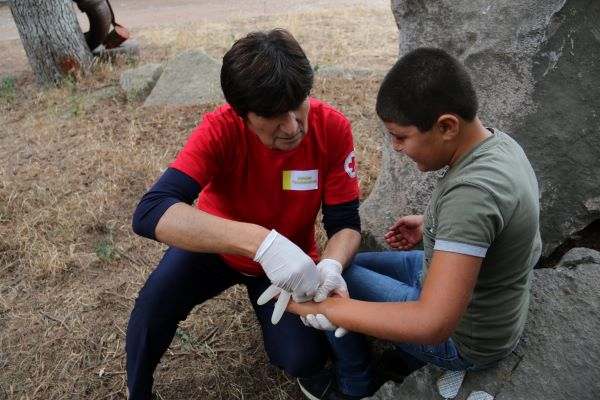 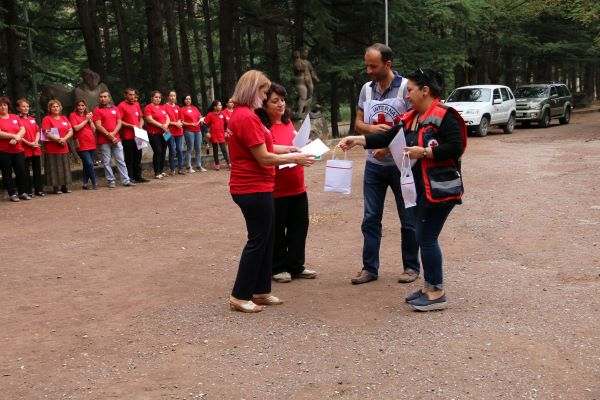 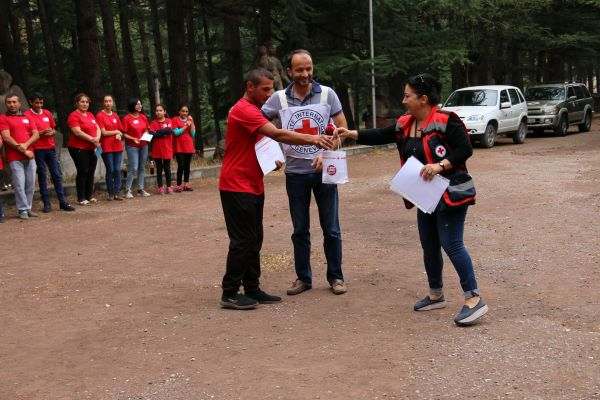 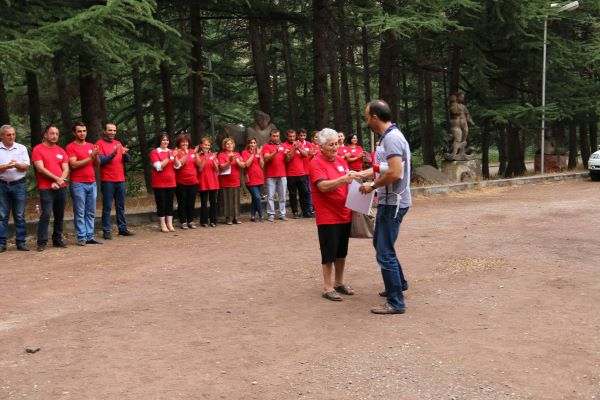 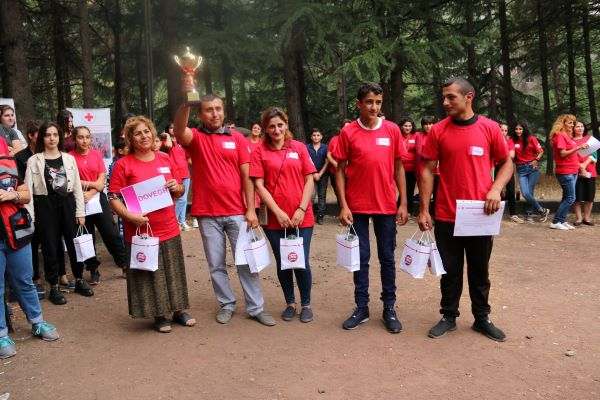