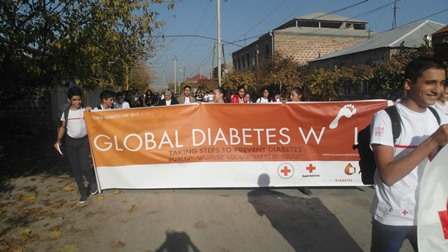 On November 14, already the second year ARCS jointed Global Diabetes Walk. This is a great opportunity to mobilise all members of the targeted communities of t for the global fight against diabetes.

World Diabetes Day was created in 1991 by International Diabetes Foundation and the World Health Organization in response to growing concern about the escalating health threat posed by diabetes. November 14 was chosen to honor Canadian scientist Frederick Banting who in 1923 was awarded to the Nobel Prize for saving life of 14-year-old child suffering from a severe type of juvenile diabetes by injecting insulin.

Global Walk 2017 in Armenia organized in the frames of the Project “Diabetes Prevention & Self-care Education for Vulnerable” which is implemented by ARCS in partnership with Danish Red Cross and funded by World Diabetes Foundation. Project is implemented in Ararat region. This year Global Walk 2017 in Ararat region of Armenia gathered 12 rural and 4 urban communities with the overall population 130.000 people. 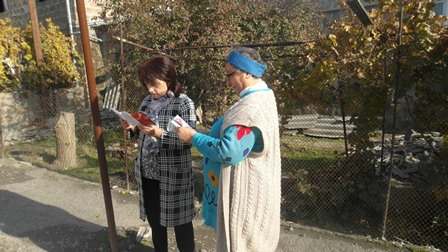 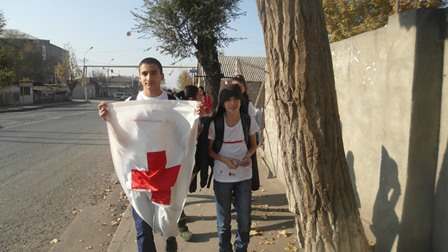 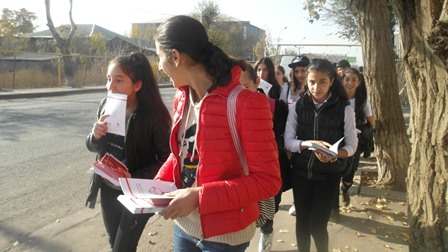 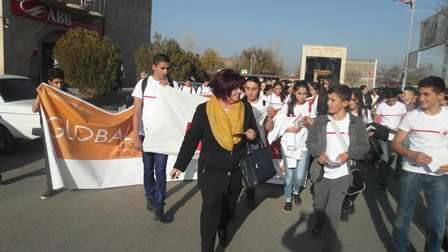