Peace through the eyes of Syrian Armenian youngsters 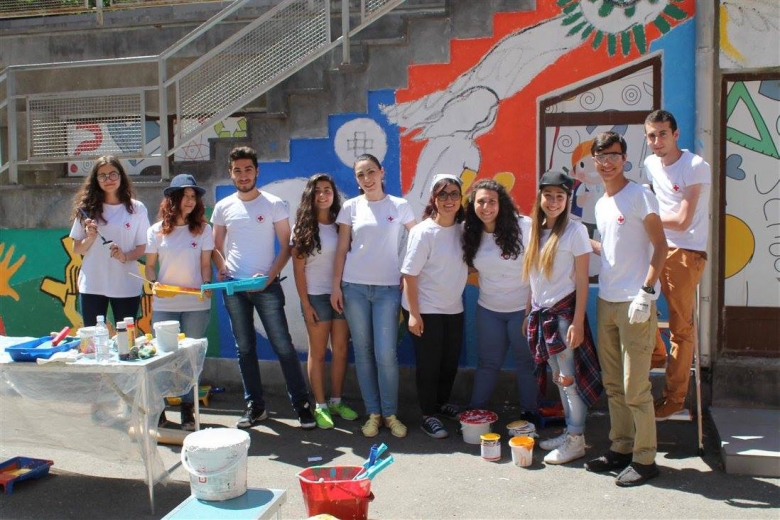 On 3 June, at the school named after Andranik Margaryan some Syrian-Armenian youngsters were engaged in an unusual activity: they were paining a wall in front of the school building. Mary Moon, a famous painter was guiding the process of covering the wall of 7 m height and 3 m length with the symbols of Peace. The young people were the pupils of the same school, involved in ARCS “Youth resilience program in Armenia” project.

The project is being implemented by the cooperation of Danish Red Cross and Danish “Roskilde” Foundation. The project aims to increase the psychosocial well-being of Syrian-Armenian youth and give them the opportunity to feel the power of Youth.

12 Syrian-Armenian young people, with Mary Moon's guidance, painted their ideas on peace a week before.

- All ideas are merely theirs’. My role was only to help to put them down on the paper. One or two of them knew how to paint. Our goal was to find out what was their perception of peace. Then I gathered all the painted symbols and made a collage-like composition, and the authors today paint it on the wall.

17-year-old Vana and 18-year-old Marine have been living in Armenia for already a year. They say that they are fully integrated.

- If there were no problem of unemployment, Armenia would be the best place for young people, says Vana.

Working jointly and the creative project made Syrian Armenian and local youth more closer. ARCS volunteers also were there to help their Syrian Armenian peers. Within the framework of project, the youth organize discussions/debates for their peers on current topics. The project operates in art classes, such as, theater, dance and singing, by joining the classes, young people have the opportunity to practice their hobbies and develop their knowledge and skills. In each group youth works with famous young actors, choreographers and composers. 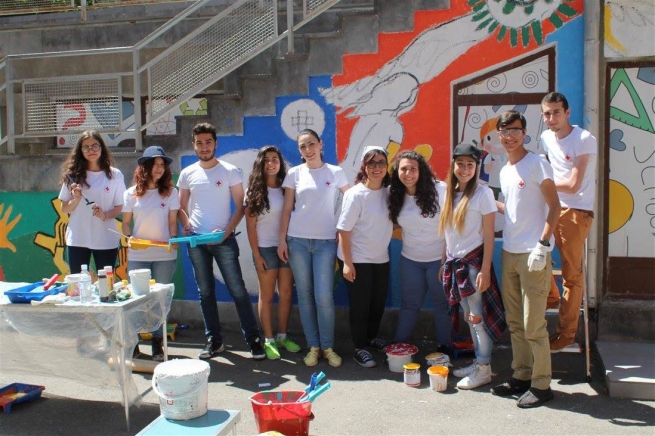 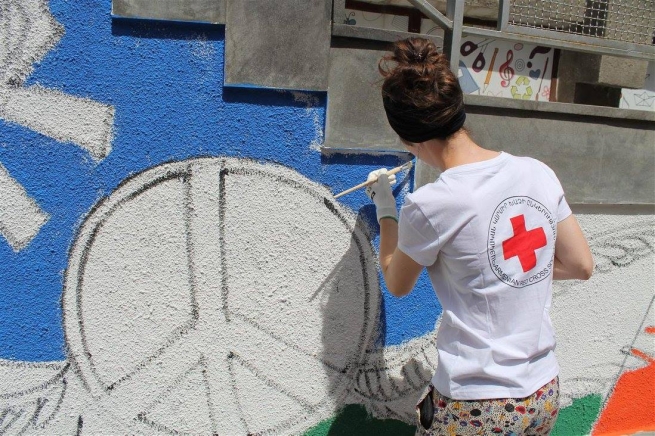 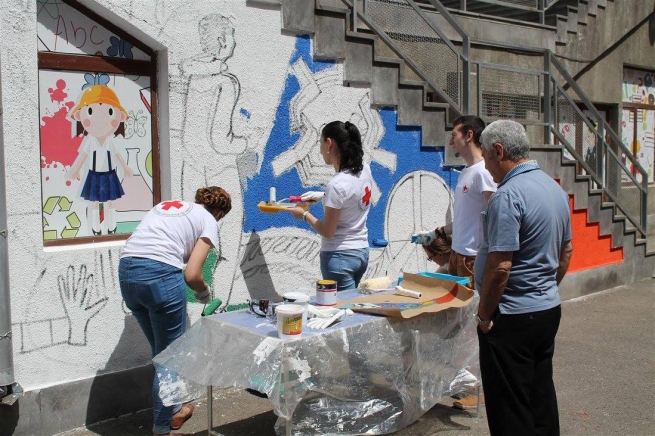 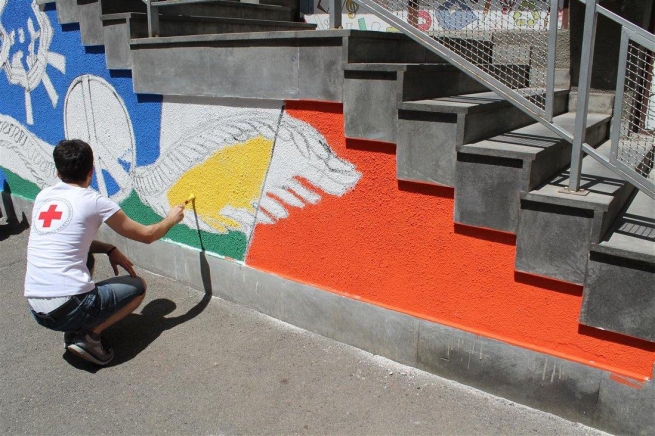 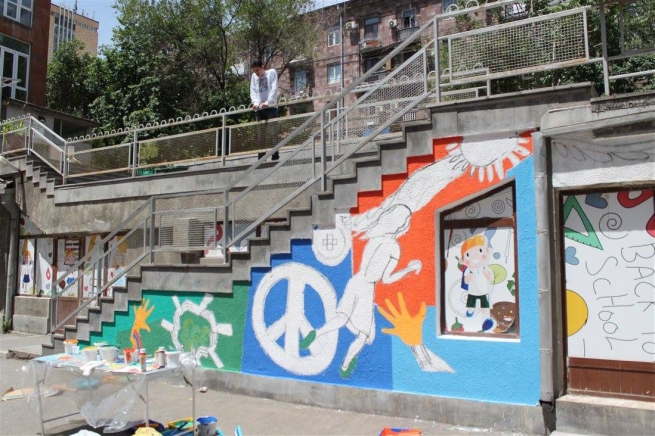 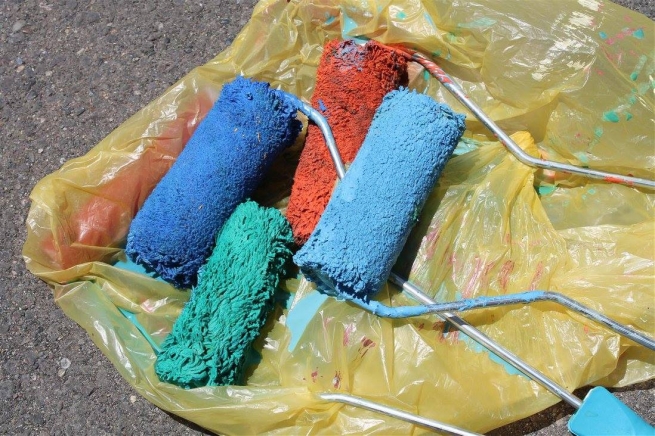 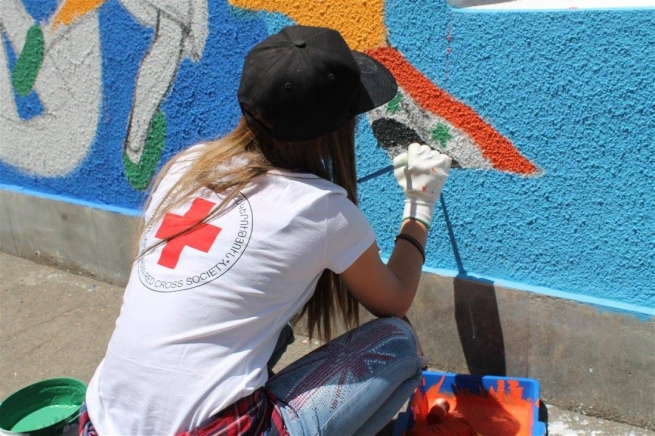 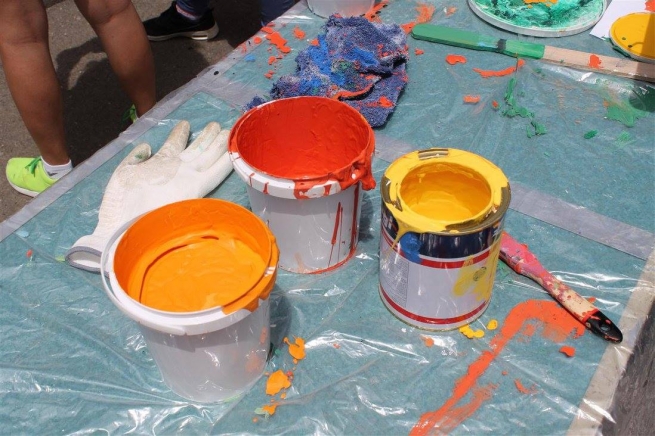 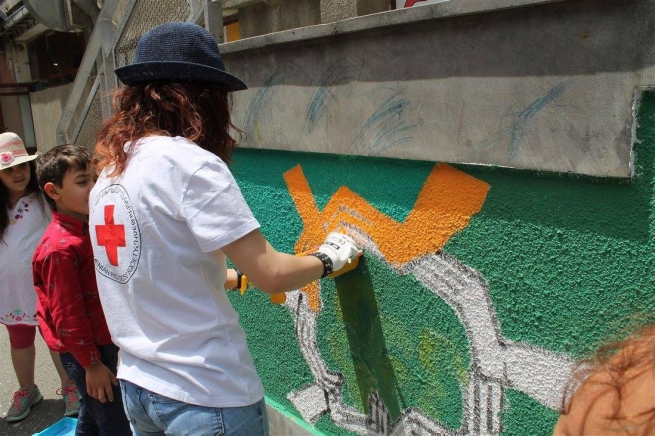 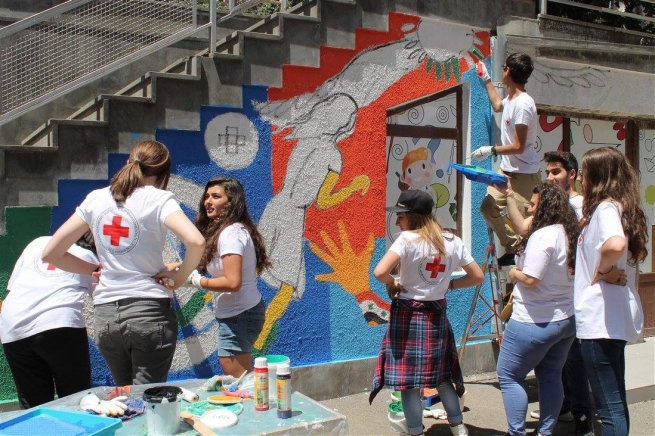 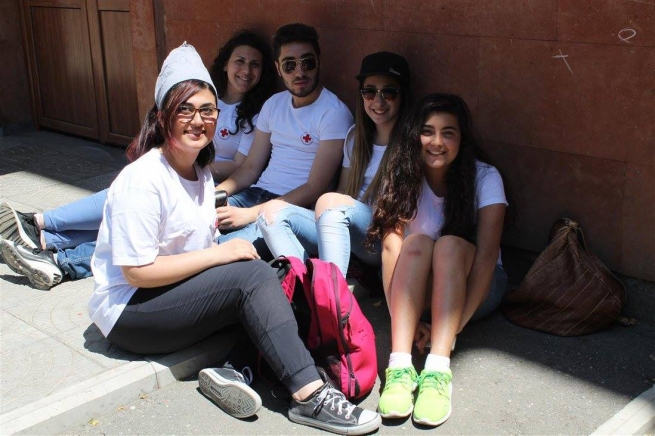 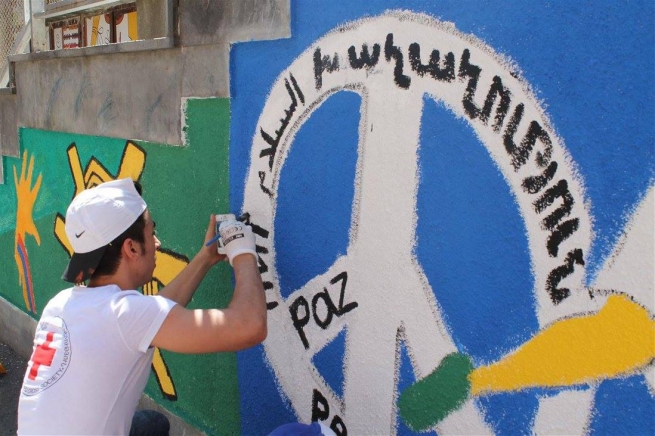