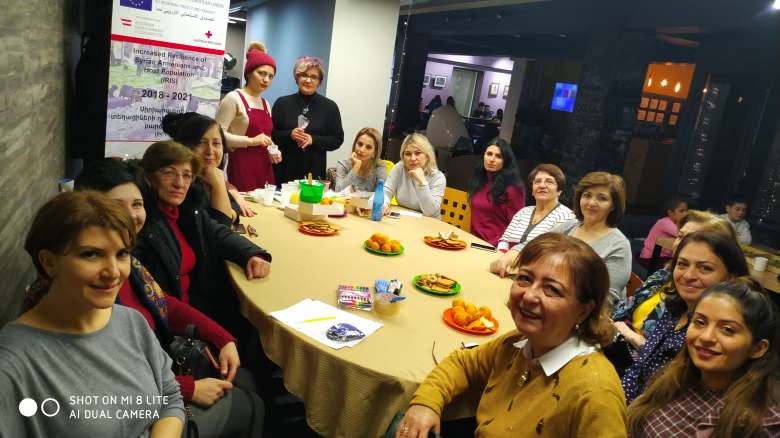 The Armenian Red Cross Society continues the implementation of integration programs for Syrian Armenians. Various events, meetings, study tours are being held in the framework of the “Increasing Syrian-Armenians and Locals Resistance” project, which aims at supporting the integration of Syrian-Armenians in Armenia. At the end they shared their impressions on the already traditional coffee table and discussed the effectiveness of the program. The women mentioned that such information is very useful.