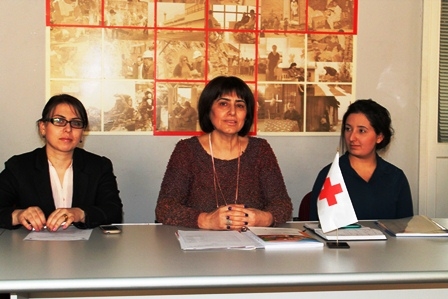 On December 23, in Armenian Red Cross Society Headquarters “Syrian Armenian Children Resilience program in Armenia” project summarizing meeting was held, with the participation of school teachers, school counselors and other interested parties involved in the project.

The aim of the meeting, organized 3 months after the launch of the project, was to discuss the results and the difficulties encountered during its implementation. ARCS volunteers, pupils and their parents were also involved in the discussion.

Having welcomed the participants, Katarina Vardanyan, Head of ARCS Youth Department, stressed that such kind of meetings are very important for evaluationof the program effectiveness and planning future actions.

After that, “Syrian Armenian Children Resilience program in Armenia” project beneficiaries, representatives of schools and parents were given the opportunity to express their opinion.

Hripsime Vardanyan, Representative of Al. Shirvanzade school: “Children attend classes with great pleasure, and also we have positive feedback from parents, they mention, that the kids’ behavior haschanged and they are more cheerful now”.

Tamar Uzuryan, parent: ”My son is very happy, while going to the classes; he likes Ani (volunteer) very much. He also participated insummer camp with great pleasure. At first he was not getting well here, he asked us to go back, but now, thanks to these courses, he says, that wants to settle down here now. He hasalready friends from locals”.

Other participantsof the meeting, thanked the ARCS, for such a wonderful project,implemented in schools, noting that volunteers are trained, well prepared and willing to work with children.

Language issue was mentioned as the one of the main difficulties, as many Syrian-Armenian children do not understand Eastern Armenian. In general, in the opinion of school staff and parents, the program was relevant and timely. In the second part of the meeting, program coordinator Nazeli Kirakosyan presented the results of the survey, which had been conducted to identify the needs of Syrian-Armenian children. At the end of the meeting participants and volunteers received certificates.

Armenian Red Cross Society, in cooperation with the Danish Red Cross, implements “Syrian Armenian Children Resilience program in Armenia” project starting from August, 2014. The project was designed based on the method developed jointly by RC/RC Federation (IFRC) of National Societies and Save the Children Fund.The project aims to support the integration and resilience of Syrian-Armenian children. After extensive organizational works, starting from November, 2014 in 13 schools of Yerevan interactive trainings have been organized with the participation of Syrian-Armenian and local children. Children take part in the sessions up to 18 member in a group with non-formal methods such as role plays, discussions, drawing, dancing, etc., addressing such issues as overcoming fear and stress, studying environment, future plans and etc. 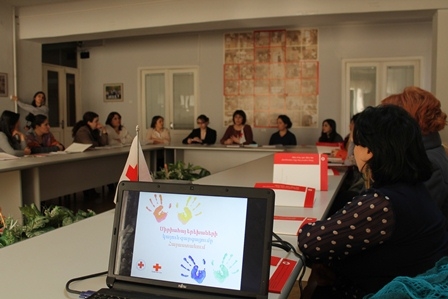 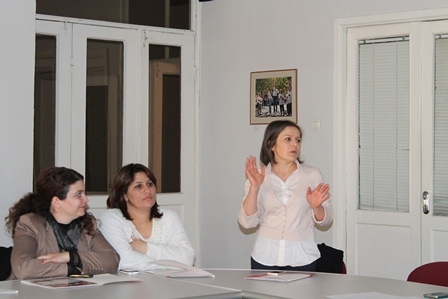 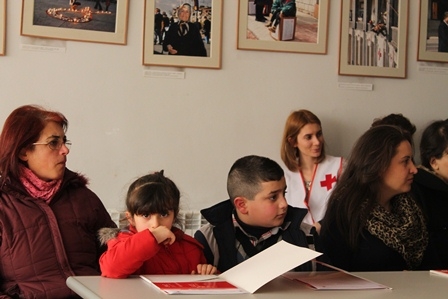 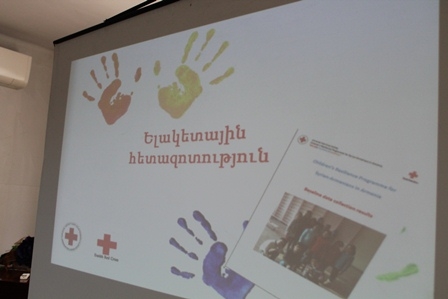 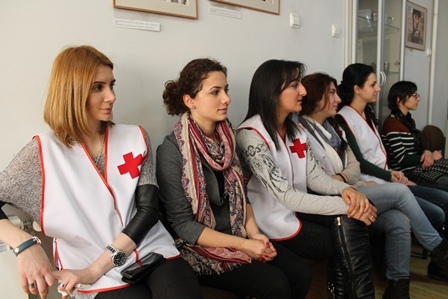