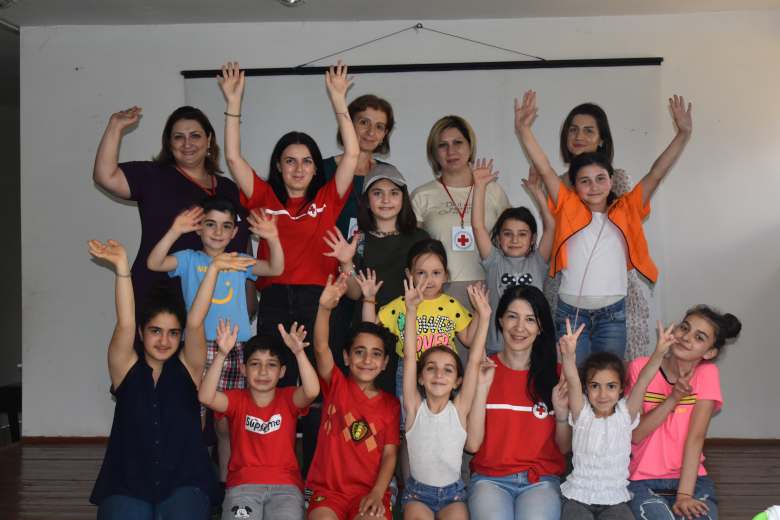 Within the framework of the “Enhancing access to education for IB schools and displaced children from NK – 2022" project implemented jointly with the Armenian Red Cross Society and the International Committee of the Red Cross, the activities of the "Summer Camp" component for children attending "Smiley Clubs" operating in 10 beneficiary communities were completed.
Four-day backyard camps were organized in Geghanush, Syunik, Tegh, Hrazdan, Tsaghkadzor, Vardenis, Mets Masrik, Masis, Metsamor and Yerevan communities.

235 children from the displaced and border communities as a result of the escalation of the Karabakh conflict participated in the camps.

During the four-day camp, the children visited historical, cultural and entertainment places: Oshakan Church, Chocolate Factory, House-Museum of Orbeli Brothers, Saint Hripsime Church in Syunik, etc., participated in sports, cultural, environmental and intellectual games and activities. The winners of the games were awarded with certificates and souvenirs.

"These four days were the happiest and most interesting days of the summer vacation, - says Ruben Gyagunts, a 6th grader from Tegh community, from the bordering Syunik region. "We learned to work in a team, got to know each other better, gained new knowledge about humanitarian values, as well as the sights and historical and cultural monuments of our native Syunik. It's a pity that the camp was too short, we would like to have more days, because in our community there are no other opportunities for activities and entertainment for children.

The activities of the camps were coordinated by the ARCS community leaders and volunteers.

As soon as the school year began, the classes in "Smiley Clubs" also resumed.