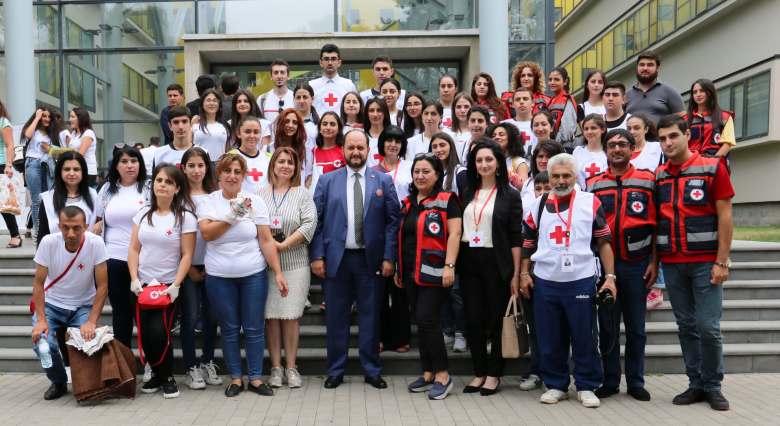 August 12 is celebrated as International Youth Day, and this year Vanadzor has become a youth city. The ARCS could not miss the chance of being a piece of this celebration. We organized an Eco-Run and First Aid skills demonstration in Vanadzor. At 12:00am a group of volunteers started collecting plastic and general garbage while running. High school students Gor and Tigran also joined the group. They had learnt about the Eco- Run and came to participate.

Vahe, one of the Red Cross volunteers and Coordinator of the Eco-Run, highlighted the fact that this initiative was launched in Sweden, a country of absalute cleanliness. “The eco-run started in March 2019 in Yerevan. We were running today and we were explaining to everyone that we should be strict and demand that the garbage shpuld not be spilled. This is a good opportunity for people to change their mindset. " Vahe detailed. While the young volunteers combined healthy lifestyle with a beneficial action, in our other pavilion, the First Aid team taught and explained how to help when a person has an open hand injury, a frontal lobe injury. All of these was very interesting to the people and they were watching, learning and at the same time trying to bandage the injured themselves. Minister of Education, Science, Culture and Sports Arayik Harutyunyan was also in Vanadzor, and he also got interested in how first aid was provided. There was also a small table representing Armenian Red Cross to where people approached and got acquainted, and the volunteers explained all the information in detail. We had a little chat with Svetlana: one of the oldest volunteers at the Vanadzor Red Cross branch. She has recently become a volunteer and was there that day to show the younger generation how exciting and fulfilling the day can pass when you volunteer.

The day was fullfilling for both volunteers and the youth from Vanadzor. As a result of the Eco-Run, 60 kg of garbage was collected, about 20 kg of which was plastic and it was handed over for recycling. We ended the event up with a good and beautiful group-photo. 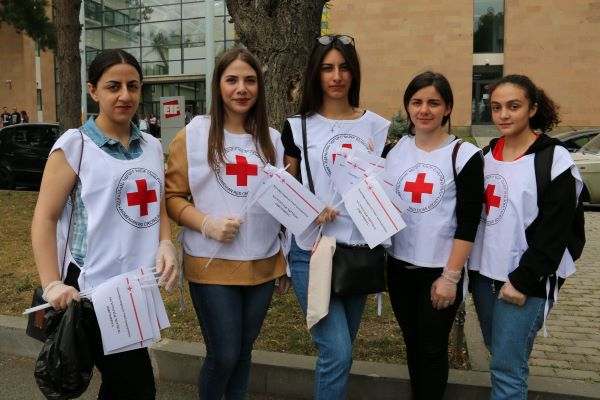 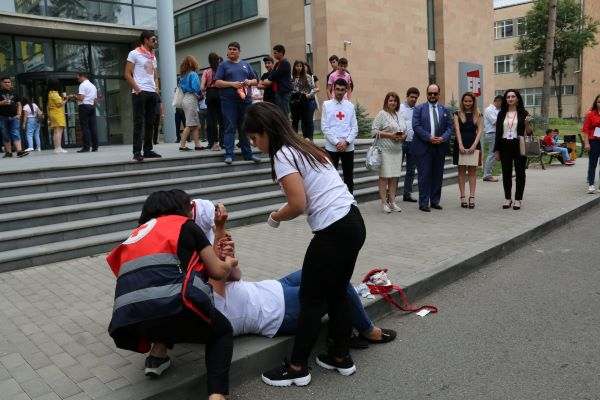 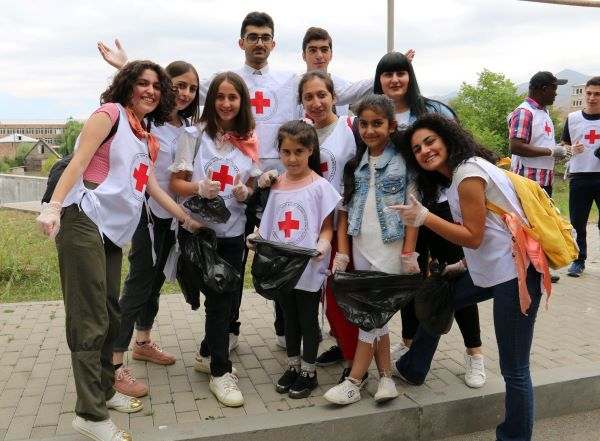 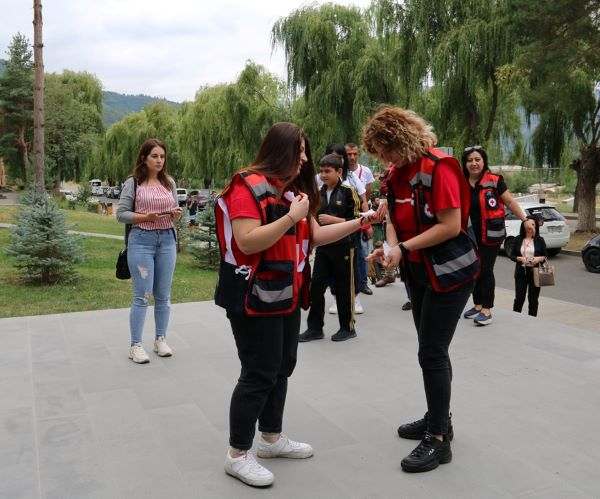 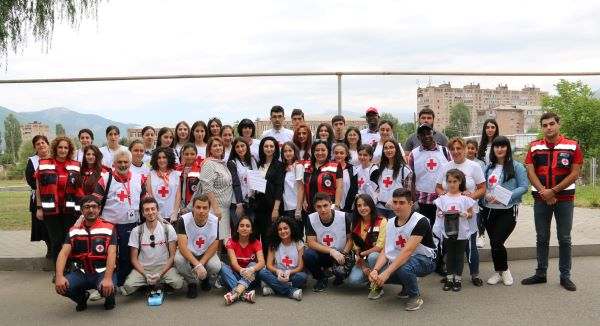 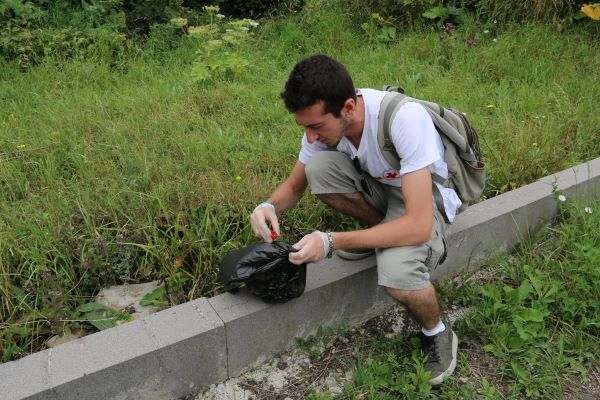