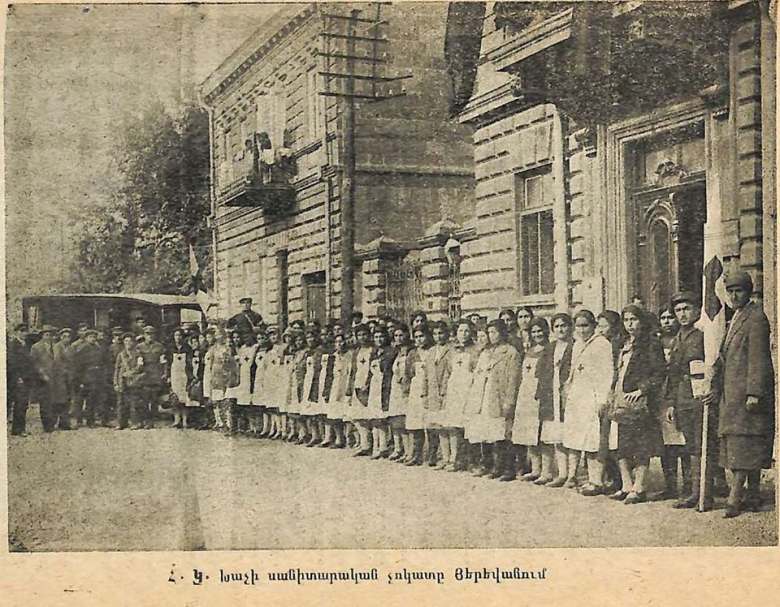 100 years ago, on the initiative of Doctor Spandarat Kamsarakan, Armenian Red Cross Society was established, with an aim to respond to the disasters faced by the Armenian people: war, famine, epidemics, immigration of refugees, unstable internal political situation. The first devoted humanitarians started to carry out the responsible and hard work of helping children, women, diseased, refugees and others who were suffering because of this calamity.

After a while, as a consequence of the social system change, the Armenian Red Cross became a part of the Soviet Red Cross and the Red Crescent. These years became a period of great achievements.

The activities and services provided by the ARCS contribute to the alleviation of the needs of the beneficiaries and vulnerable communities, and the sustainable development thereof.

As a result of circumstances, on the 100th anniversary, we are facing a State of Emergency. Today, as throughout the past 100 years, we stand with the government and the people, reaffirming our commitment to fulfill our mission: reducing the vulnerability of the population by mobilizing the humanitarian potential, preparing to face the situations that may cause population vulnerability, providing the necessary assistance, supporting people who are in difficult social-economic conditions.