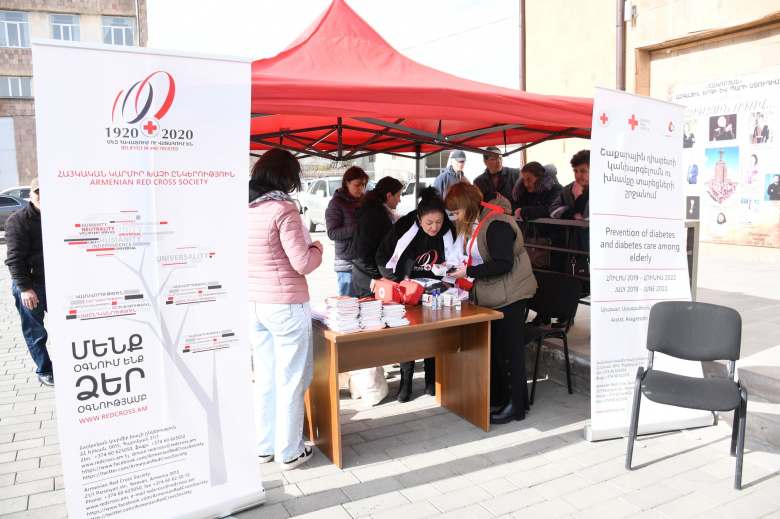 The Armenian Red Cross Society (ARCS), as the 2022 ambassador of the World Diabetes Fund's Global Diabetes Walk, carried out an awareness campaign with the same title in Gegharkunik, Ararat and Aragatsotn on November 16, in which doctors, teachers, students, as well as ARCS volunteers and Diabetes self-help groups took part.

The ARCS joined the annual "Global Walk" campaign 6 years ago by organizing the awareness campaign in different regions. This year, in Gegharkunik's Martuni, the Armenian EyeCare "Armenian Ophthalmology Project" charitable foundation joined the event, whose specialists conducted an on-site eye examination of people with diabetes in order to detect changes in the eyesight caused by diabetes using artificial intelligence and cloud technologies. AOP also offered people with diabetes the opportunity to take a glycosylated hemoglobin test to assess their average blood sugar levels over the past three months.

The goal of the Global Walk is to raise public awareness of the importance of diabetes prevention and treatment.

Since 2017, in cooperation with the Danish Red Cross, the Armenian Red Cross Society has implemented the "Diabetes prevention and care" program in Ararat region of Armenia, and from 2019 to 2022 June, the 2nd stage of the project was already implemented in Gegharkunik and Aragatsotn regions.

The goal was to prevent diabetes and diabetes complications in older adults with diabetes or prediabetes by raising awareness and promoting healthy lifestyles.

World Diabetes Day was established in 1991 by the International Diabetes Foundation and the World Health Organization in response to the growing threat of diabetes. November 14 was chosen in honor of Canadian scientist Frederic Bunting, who was awarded the Nobel Prize for saving the life of a 14-year-old boy suffering from severe diabetes by injecting insulin. 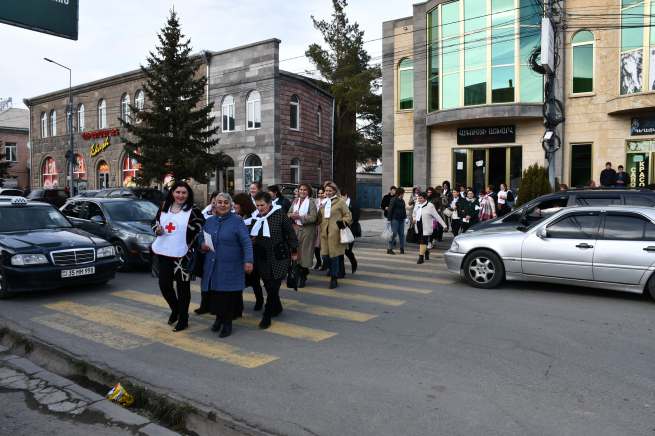 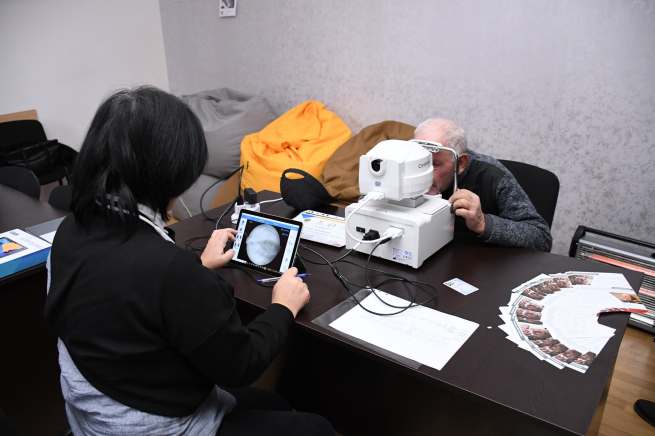 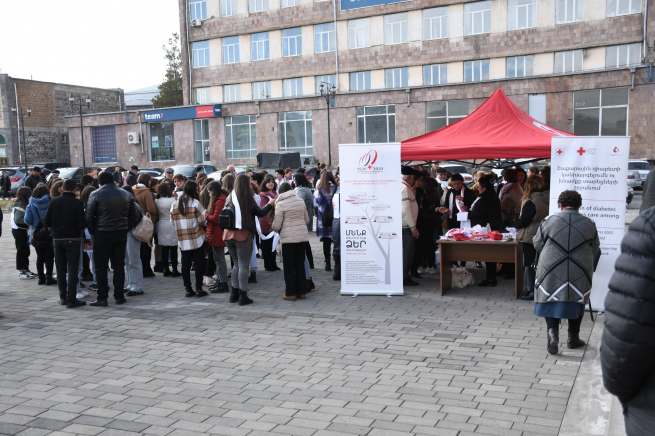