ARCS participated in the Conference in Geneva 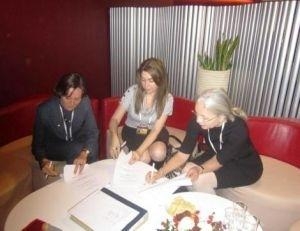 ARCS participated in the Conference in Geneva

The world’s largest humanitarian conference, Statutory Meetings, took place in Geneva from 28 November to 1 December 2011. This quadrennial event brought together the States party to the Geneva Conventions, the world’s National Red Cross and Red Crescent Societies, the International Federation of the Red Cross and Red Crescent Societies (IFRC) and the International Committee of the Red Cross (ICRC).

In a unique forum for debate on humanitarian action, some 2000 delegates adopted a series of resolutions on actions to reinforce humanitarian response to natural disaster and armed conflict. The resolutions relating to nuclear weapons, strengthening International Humanitarian Law (IHL), Health Care in Danger, and disaster laws were considered as significant to continue shaping humanitarian debate. In this respect 377 pledges were made by delegates to implement the resolutions.

The Armenian Red Cross Society (ARCS) was represented by the Secretary General Dr. Anna Yeghiazaryan and Head of International Relations Department Ms. Mariana Harutyunyan. During the International Conference a Movement Coordination Agreement was signed between ARCS, IFRC and ICRC. An agreement with Red Cross Museum on cooperation was also signed during the meetings. ARCS was also granted IFRC Youth Award in the category of Bridging the Digital Divide Connecting People through Technology for its SMS helpline project and the Award was presented during the Official Awarding Ceremony at Statutory Meetings.

Mr. George Kocharian, Counsellor of the Permanent Mission of RA to the UN and International Organizations and Ms Satenik Abgaryan, Deputy Permanent Representative of RA were representing the Armenian Government. Together with ARCS two joint pledges were made in strengthening local humanitarian action and improving disaster risk reduction legislation in the country. Besides, the Government, jointly with a number of states and National Societies committed itself through two more pledges on strengthening IHL. The pledges are expected to be implemented before the next International Conference that will take place in late 2015.