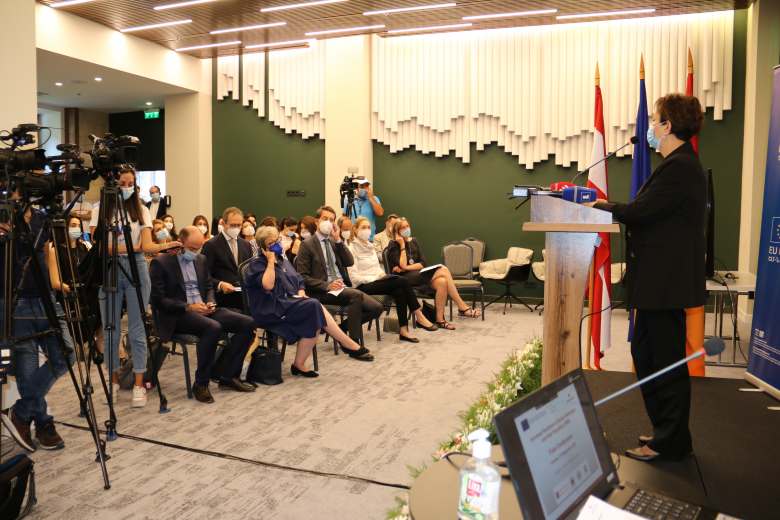 On September 9th, Armenian Red Cross Society (ARCS) in partnership with Austrian Red Cross, Armenian Caritas, Centre for Coordination of Syrian Armenians’ Issues and SME Cooperation Association hosted the final conference of the EU-funded “Increased Resilience of Syrian Armenians and Host Population” Programme, attended by EU Ambassador H.E. Andrea Wiktorin, and Head of Austrian Development Agency in Armenia Mr. Klaus Kapper.  The achievements of the three-years programme and the recommendations on possible mitigation of the current challenges in this sphere faced by Armenia will be summarised.

“I believe that this support from the EU Regional Trust Fund in response to the Syrian Crisis and joint efforts of the founding organizations helped to facilitate and strengthen the economic integration of Syrian Armenians, migrants, repatriates and local entrepreneurs, contributing to the growth of Armenian SME sector. I hope that this experience would be useful for replication within different similar projects in the future,” said the Head of the European Union Delegation to Armenia, Ambassador H.E Andrea Wiktorin in her welcoming speech.

The project follows the principle of Austrian Development Cooperation –“Leave no one behind” and “reduce poverty”. The project serves as a role model for the integration of those in need for access to social and health services, housing and business generation not only in Armenia but the entire region. We are very happy for the project results serving the needs of refugees. We would like to thank the donors, in particular EU delegation and all the implementing partners”, said Mr. Klaus Kapper,  Head of Austrian Development Agency in Armenia.

The Final Conference was concluded by the Grant Award Ceremony for 58 successful entrepreneurs of 2nd Cycle of the EU IRIS Business Incubator, who presented their products and services in the area of the hotel the same day, at 14:00-16:00. The activities of the Young People, who received Seed Grants in the frames of the Programme were presented as well.

The EU IRIS programme was implemented from July 2018 to July 2021 and was consisting of four main components: Economic integration, Housing Support, Information Services, Social Inclusion. The objective of the programme was to improve social and economic integration of Syrian Armenians and host population and to strengthen institutional capacities for economic growth in Armenia.

Armenian Caritas and SME Cooperation Association established EU IRIS Business Incubator foundation as a separate entity which provides full cycle of business incubation including trainings, coaching, mentoring and access to the finance in form of grants and loans. As a result of two calls 102 entrepreneurs have been supported through IRIS Academy, and AMD 449’000’000 has been allocated for their businesses in form of grants and loans.

The Centre for Coordination of Syrian Armenians' Issues with its InfoHub made sure that all services available and provided by different organisations were bundled and shared with all Syrian Armenians. 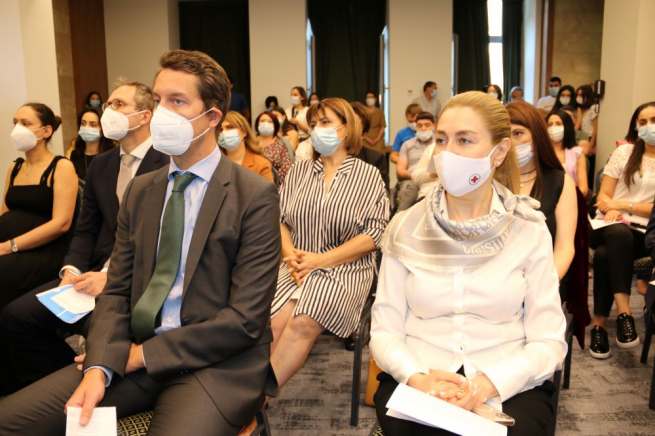 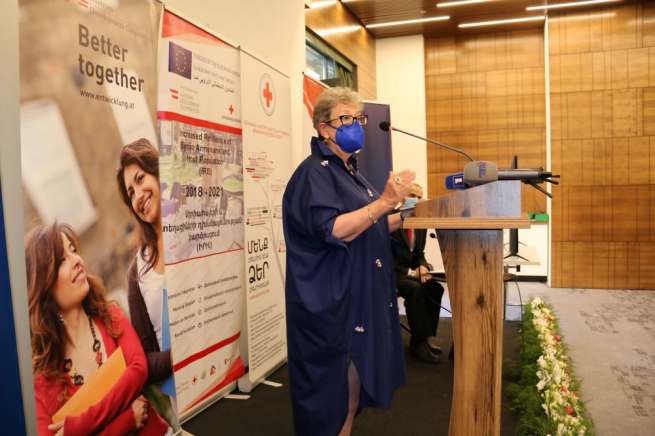 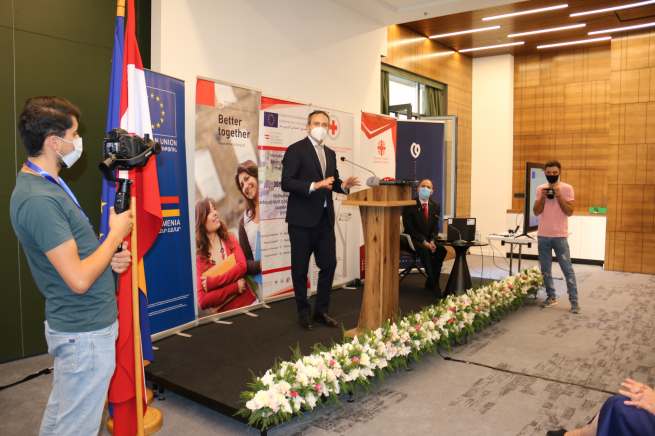 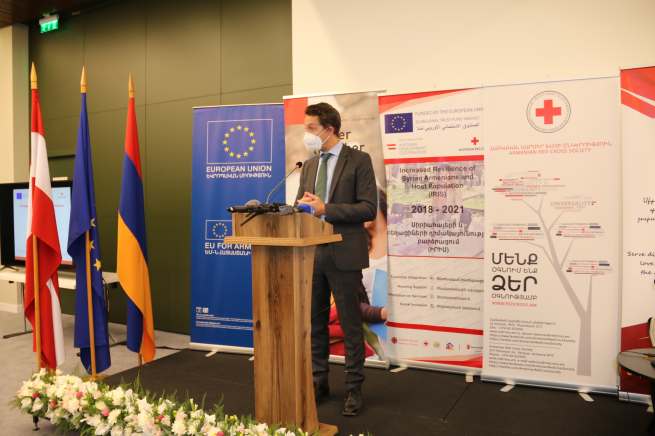 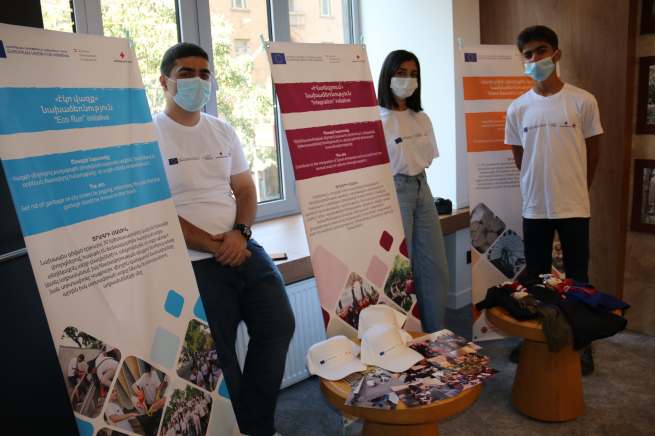 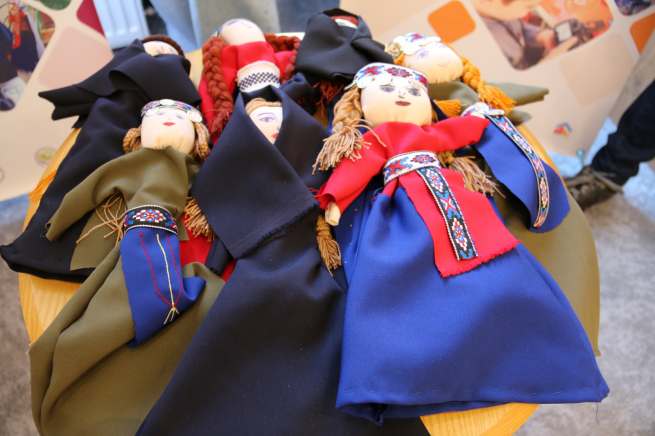 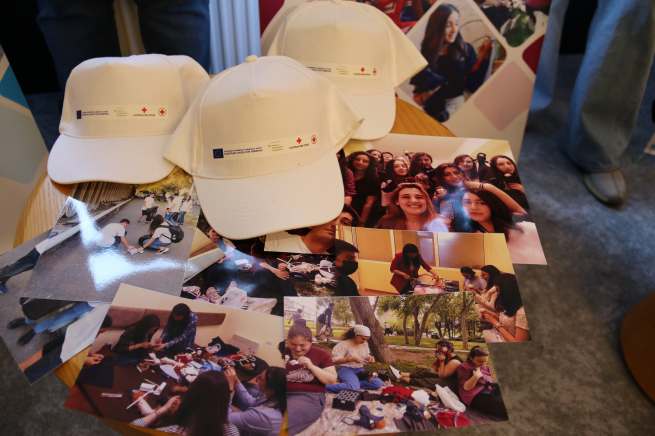